Captain Leila Darkstar fumed silently as she sipped her now cold drink. She had been waiting in the corner of the busy cantina for hours and her patience was wearing thin.

The plan was simple. During the Deep Blink Leila would use her prized battleship, The Serendipity, to remotely create a distraction in the skies. A bright one, loud and flashy and probably destructive. That distraction would absolutely draw the attention of Phox Security, who would already be on heightened alert.

Simultaneously on the surface of Planet Argos, the small team of pioneers commissioned by Captain Darkstar would be executing their assigned tasks. Each one both expendable, and blissfully ignorant of their role in her ultimate plan. The displays on the ground would draw the attention of any nearby Argonauts. Leaving her a comfortable window to retrieve the payload, confirm its contents, and escape.

But none of that would happen until she gave the word. And she wouldn't do that until the Deep Blink began. And that wouldn't happen until The Speaker made the eulogy. An event that had been unusually delayed this evening. An inconvenience that she, for once, had not caused.

So here she sat, unhappy, unfabulous, and ultimately no closer to success. it was as Leila motioned for another stimmy that she felt it, the familiar resonance that spread through both her circuits and her flesh. The time was near.

Singularity is built around four pillars: exploration, survival, combat, and trading. Players can advance in the game through numerous means such as mining, building, battling, and commerce. We are creating an infinite galaxy with infinite possibilities to give our players something valuable in return for their time in the Velorum Galaxy.

This is a game powered by web3, where it can be played on browsers, and will have fast, regular, and seamless updates.

tl;dr The original SINGULARITY token was created using the Solana SPL SDK, made it impossible to migrate its account to the new Metaplex metadata standard, so it got burned instead, and we minted a brand new one. It's been a couple of very interesting days attempting to rename a

Welcome to our first official Landing Burn series devlog. tl;dr We will be burning 100% of the not yet used VELORUM token, and renaming the SINGULARITY token to simply VEC. Keeping the vesting calendar and category distributions untouched for this one. With the MECO event minigame launching very soon, 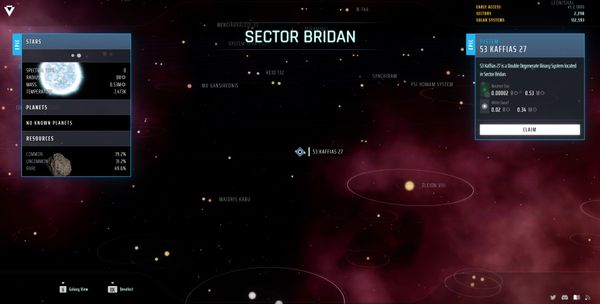 On December 15th, we launched the $SINGULARITY token pre-sale where you can take advantage of this limited access opportunity to claim exclusive access to your own solar systems and mine them to earn $SINGULARITY tokens! Not only will you be one of the first explorers of the Velorum Galaxy, but